Thomas Bosch studied biology at the University of Munich, Germany, and Swansea, United Kingdom and earned his doctorate at the University of Munich in 1986. Since 2000, Bosch has been a professor of general zoology at Kiel University. From 2010 to 2013, he served as vice president of Kiel University. Since 2013 Thomas Bosch is heading the interdisciplinary research center “Kiel Life Science” (KLS). He is also principal investigator and coordinator of the DFG funded Collaborative Research Center “Origin and Function of Metaorganisms” which addresses the role of multi-organismic interactions for health and disease. The Bosch lab studies the intricate interactions between the cnidarian Hydra and its colonizing microorganisms and how they affect evolution, development and behavior. Bosch is former President of the Society for Developmental Biology (GfE) and since 2016 Fellow of the Canadian Institute for Advanced Research (CIFAR) in the program “Human and the microbiome”. His awards include an honorary doctorate degree from St. Petersburg State University, Russia.

Prof. Andre Franke is the director of the Institute of Clinical Molecular Biology (IKMB) and leads the high-throughput laboratory facilities (biobank, sequencing and genotyping, microbiome labs) as well as the bioinformatics unit of the Centre for Molecular Life Sciences (ZMB) at Kiel University. Franke has a strong theoretical and methodological background in human genetics and bioinformatics. The main focus of his research group is on complex, chronic inflammatory diseases such as inflammatory bowel diseases (IBD), psoriasis or primary sclerosing cholangitis and technology development, to which he made several important scientific contributions.

Prof. Dr. Lindsay Hall is the Chair of Intestinal Microbiome at the TU München since 2020. She also holds a Group Leader position at the Quadram Institute, UK and is a Wellcome Trust Investigator. Her lab’s research focus involves defining microbe and host interactions, with a focus on diet and nutrition. She obtained a BSc in Microbiology from the University of Glasgow, a PhD in Microbiology and Immunology from the University of Cambridge (Wellcome Trust Sanger Institute), and was a postdoctoral fellow at University College Cork, Ireland (APC Microbiome Institute). She returned to the UK to take up a Senior Lectureship at the University of East Anglia before moving to Quadram end of 2015.

Stephen O’Keefe MD, MSc, FRCP is a nutritional gastroenterologist with joint Professor of Medicine appointments at the University of Pittsburgh and Stellenbosch University, South Africa, where he serves as Director of the African Microbiome Institute. His current research explores the role diet (chiefly fiber-rich foods), colonic microbiota and the metabolome in explaining the profound variations in colon cancer risk in rural Africans (very low), African Americans (very high) and Alaska Native people aka ‘Eskimos’ (extreme). He holds 2 NIH R)’s. The first includes a randomized controlled trial of a high fiber supplement in suppressing the extreme risk of colon cancer in Alaska Native people. His second R01 is in the investigation of the potential of a high legume diet to treat and prevent NCDs, specifically obesity, T2 diabetes, and colonic polyp recurrence in the USA.

Paul O’Toole is Professor of Microbial Genomics and Head of Microbiology at University College Cork, Ireland. He is a Principal Investigator in APC Microbiome Ireland (apc.ucc.ie), in which he leads projects on gut microbiota as a modulator of health and disease risk. His main research programme is on the functional genomics of gastrointestinal bacteria in humans with emphasis on lactobacillus genomics and phylogeny; gut microbiota in ageing, colorectal cancer and in IBS. He has co-ordinated and participated in several major national and international projects that examined the composition and function of the gut microbiota, its reaction to habitual diet, and its relationship to health, functional gastrointestinal disorders, and ageing. The ultimate aim of these investigations is to understand and control host-microbiome interactions, especially in the context of multi-factorial disease. Research in his lab is supported by Science Foundation Ireland, Dept. Agriculture Fisheries and Marine (Govt. Ireland), the Health Research Board Ireland, and the European Union.

Prof. Jeroen Raes is full professor at KU Leuven since 2013. He has a substantial track record in microbiome research and has been pioneering the analysis and integration of meta-omics datasets (metagenomics, metatranscriptomics, metaproteomics, meta-metabolomics) with environmental, clinical and dietary data. He was/is involved in the FP7 MetaHIT and NIH Human Microbiome Project (the latter as only European partner), the FP7-MetaCardis. H2020-AD-GUT, H2020-aSynProtec and H2020-SYSCID projects. Jeroen Raes coordinates the Flemish Gut Flora project, a large scale microbiome-focused population cohort in Belgium, as well as the FWO-EOS MiQuant collaborative project. In addition, his lab is performing multiple disease-related projects and develops novel approaches and tools for microbiome research. He is member of the Belgian Society of Microbiology and the International Society of Computational Biology.

Dr. Gary Wu is the Ferdinand G. Weisbrod Professor in Gastroenterology at the University of Pennsylvania's Perelman School of Medicine. He is the Director of the Penn Center for Nutritional Science and Medicine, the co-Director of the PennCHOP Microbiome Program, and the co-Director of the NIH funded Center for Molecular Studies of Digestive and Liver Diseases. He has been elected to both the American Society for Clinical Investigation and the Association of American Physicians. Research in the Wu lab currently focuses the impact of diet on the gut microbiome and its relationship to several aspects of host metabolism including nitrogen balance, intestinal oxygen regulation, and epithelial intermediary metabolism. 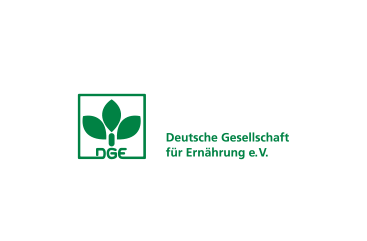